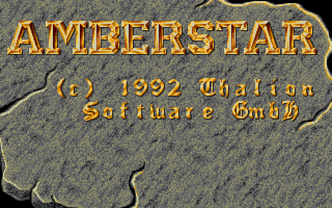 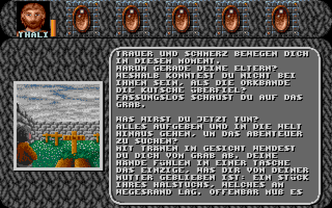 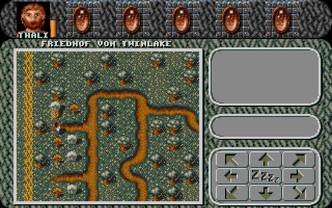 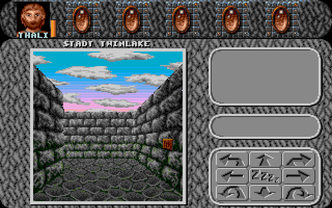 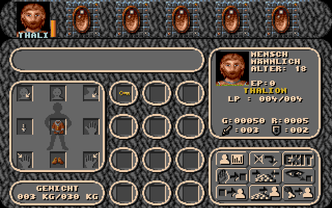 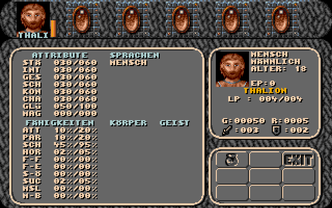 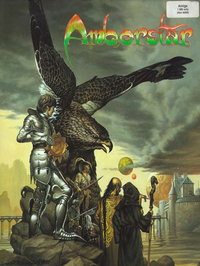 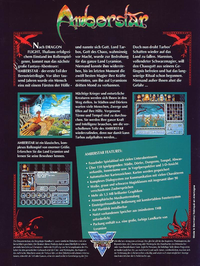 Amberstar was the first installment in Thalion Software's never-finished Amber Trilogy, a role-playing video game franchise. Although considerably more advanced, the game had many similarities to Thalion's earlier game DragonFlight, and was by many fans thought to be a "sequel" to this game. However, as with most of Thalion's other releases, the public interest was somewhat limited.

The game is set in the fictional world of Lyramion and begins with the player situated at the graves of his parents. As the player sets out for adventure, it becomes apparent that an evil entity named Lord Tarbos, who was imprisoned a thousand years earlier, is about to be released again to wreak havoc upon Lyramion. The player - helped by the various adventurers who join the party along the way - must recover the thirteen missing pieces of the Amberstar, the talisman that banished Lord Tarbos initially, to defeat the demon once again.