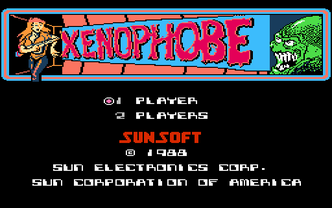 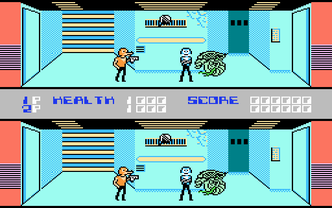 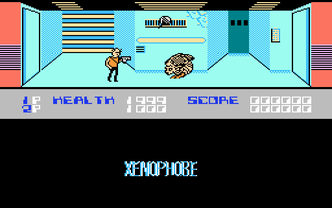 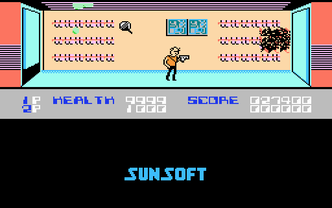 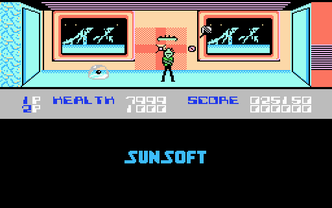 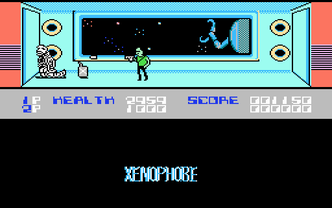 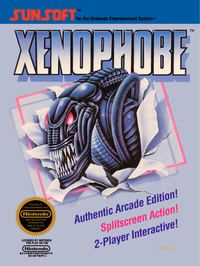 When hostile aliens take over a space station, it's up to a team of space adventurers to make First Contact the only way they know how... with heavy firepower and extreme prejudice. 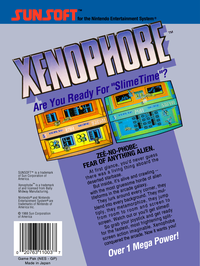 Xenos. The very name strikes fear into every colonist's heart. A distress call is received from space stations orbiting your homeworld, then silence. A single ship escapes, piloted by a battered man who tells the tale of pods that hatch into acid-spitting Xenos. A small band of engineers has been dispatched to combat the Xeno threat before it takes over all the space stations and, eventually, your homeworld.

Xenophobe is a side-scrolling shooter with platform elements. Assemble your band of engineers and fight the Xenos on each station, striving to either clear it or abandon it. You start out with a standard issue laser, but can pick up additional weapons as you find them, including Phasers, Lightning Rifles, Poofer guns, and bombs.