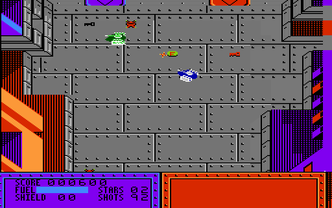 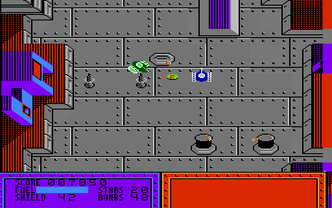 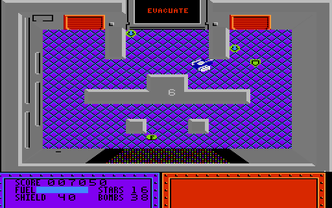 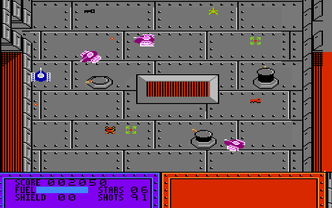 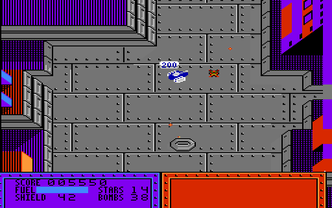 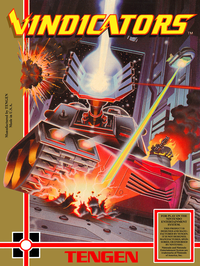 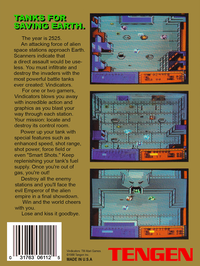 The Tangent Empire are preparing to attack the earth with their convoy of tanks, and it is you who has been sent forward to destroy the 14 space stations which make up the potential invasion threat.

There are 3 sub-levels on each station, which can be played in any order. The action scrolls in every direction, with you guiding your tank-link droid around to shoot the opposition droids. The tank takes a while to steer, making it initially harder to avoid contact with those enemies. Each level contains energy stars, which can be traded in for upgrades such as improved weapons and extra speed after each level.