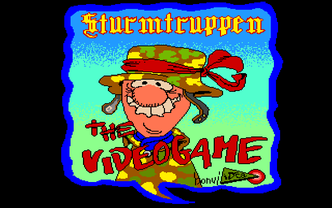 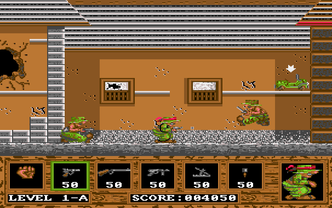 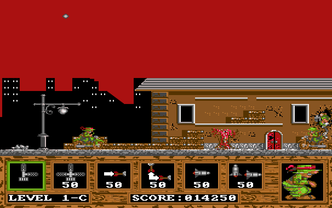 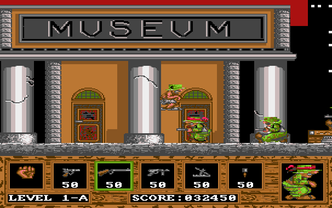 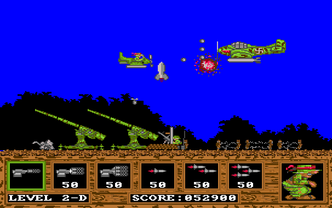 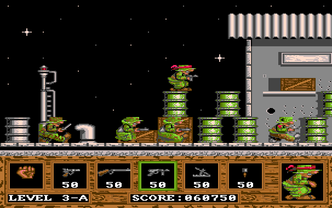 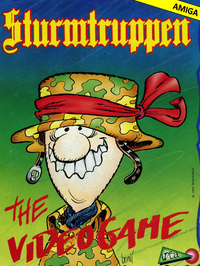 The underlying comic is indeed quite funny, but the game is as attractive as a basic training on an abandoned oil rig.

The gameplay is hardly rich in terms of variety: A soldier in the olive uniform has to run through six levels, jump, drive and fly. At first he can fight the other side with his fists, but later will get weapons of all kinds. This makes his journey faster and more explosive, but certainly not more interesting.

Granted, at first glance, the graphics do not look bad but it does not change much, which is why it will soon become boring. Music and FX are selectively available and equally unmotivated. The joystick control is usable, and the level design is half way decent.