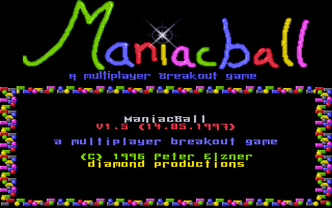 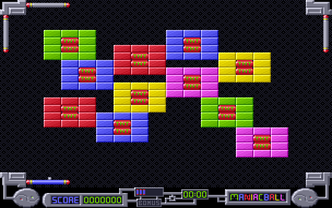 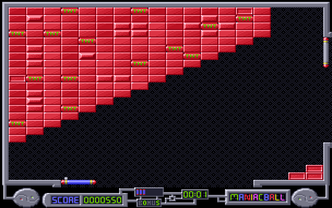 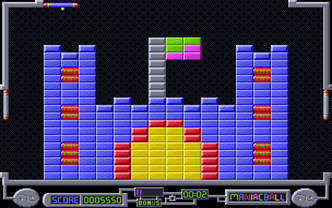 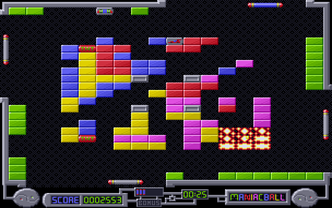 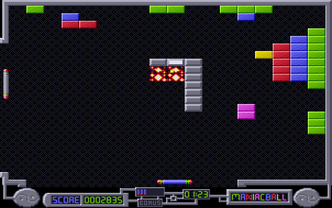 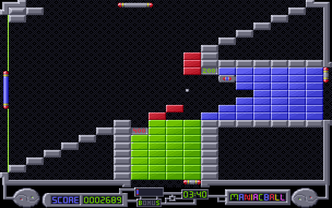 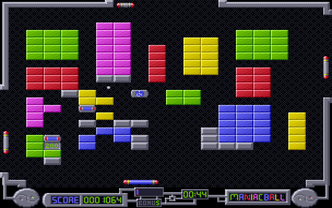 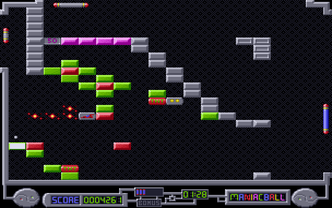 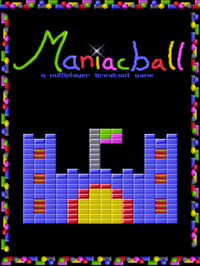 1996 saw the release of ManiacBall on the Amiga systems, a Breakout clone, created and distributed by Diamond Productions as a Shareware.

This game is based on the idea of Breakout, a classic arcade game of the 80s. The main goal is to remove every brick from the playfield by hitting them with a ball. This ball bounces off every wall and to control it, you have one or more paddles to modify the way, the ball moves.

There are four different kinds of bricks. Standard which appear in the colors green, red, blue, yellow and purple; steel (There are three types of steel bricks and they can't be destroyed); TNT (Which explodes in 3x3 explosion) and extras which are standard bricks turn into extras.