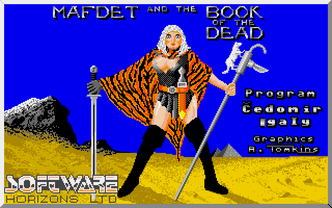 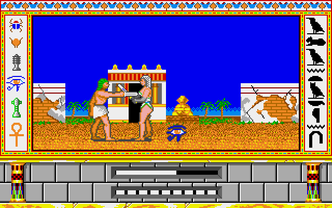 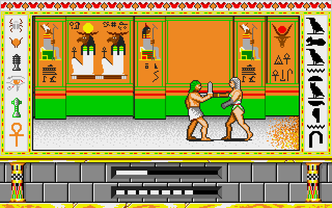 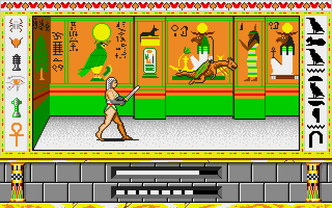 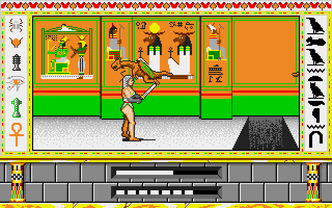 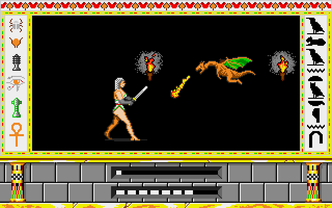 This is a budget game and budget games have a preordained right to have an element of tackiness, right? Wrong. Since the dawn of time it seems that only one out of every fifteen new budget titles were good, and it looks like staying that way on the Amiga.

Set in Egypt you play the part of the cat goddess Mafdet who is trying to recover the Book of the Dead which has been stolen by the evil god Seth and unless it is recovered no Egyptian will be able to enter the afterlife.

Being a god Mafdet can transform into a cat as well as her normal human form. In cat mode Mafdet can run, jump and pick up objects - not too much use against the minions of Seth, but at least they don't notice you. As a woman you can swing a fairly brutal sword.

The general playing area is large, and I found myself noticing a new exit from the screens just as I thought I was stuck. Some exits are too low to allow the woman to pass through until you run into them with the cat. Other times a hole in the floor is the best way through.

The graphics are really large, though the animation and definition fail to make any lasting impact. As well as not being exactly too pretty to look at the main character is also impossible to control accurately. Mafdet is depressing to play, it's not that cheap and it most definitely isn't cheerful.