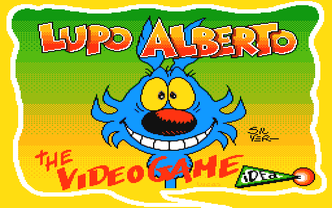 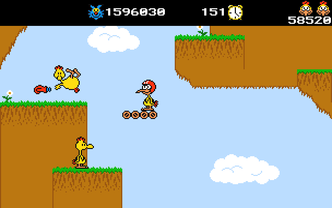 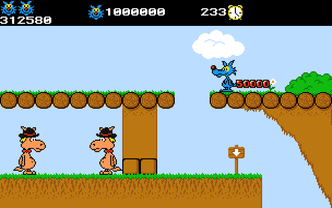 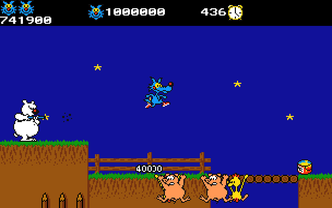 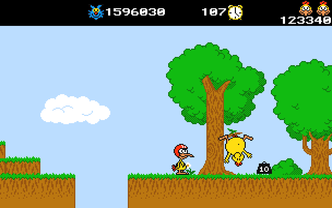 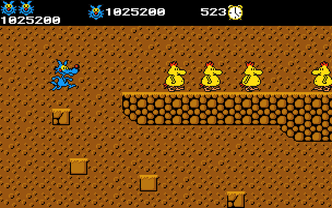 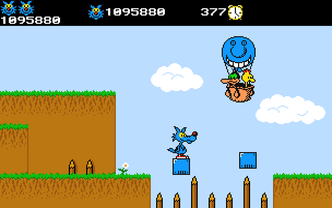 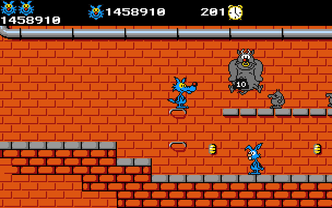 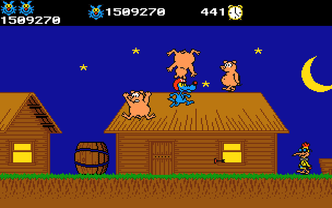 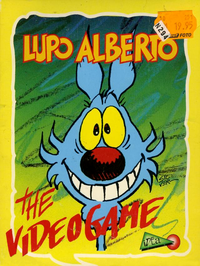 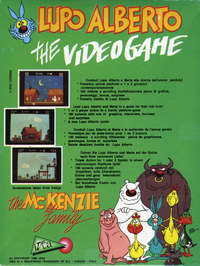 Lupo Alberto is the export from Italy. He's a cartoon character - a wolf in fact - who, in the eyes of the manual, 'is friendly, sharp and at the same time shy.'

The quality of Lupo's life to which he pays attention is a hen called Marta. She wants to be alone, with Lupo, so he can put his gift of artistic sensitivity into action. But the course of true love never runs smooth, even for anthropomorphic wildlife. There's a social and environmental problem to be addressed - like finding somewhere with some privacy so the two chums can get even friendlier. Lupo is a shy guy after all.

Lupo's mission turns out to be a cut down Super Mario Bros of sorts. A scrolling, platform-based landscape is patrolled by creatures with differing intelligence and movement patterns, the death of some resulting in the appearance of special features for Lupo to catch. Lupo is a little sluggish to control, it must be said, but he is very maneuverable, being capable of jumping at different heights and moving in the air.

Better still, you can grab a friend for some two-player action. Yes, the two animal lovers can go in search of peace together - simultaneously on screen as it happens.

Lupo Alberto made me laugh and laugh. And when I'd stopped laughing I laughed some more. That's not to say that Lupo's not without room for improvement. Its addictive nature makes the lengthy disk accessing to load a level all the more annoying. Some secret rooms and other forms of hidden bonuses would have iced the cake too.

In stark contrast to all the deadly serious simulations currently doing the rounds on the Amiga, Lupo Alberto is fun. And funny. Now there are two sound reasons to download it.