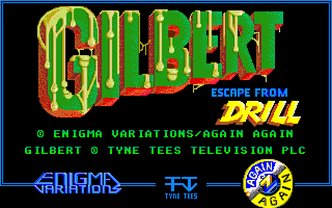 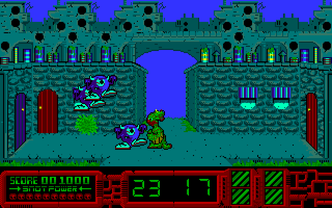 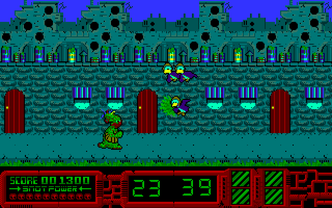 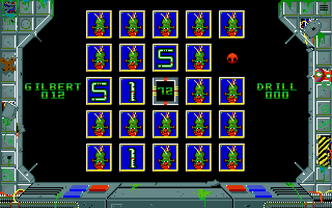 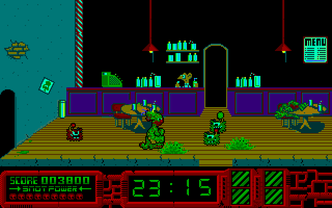 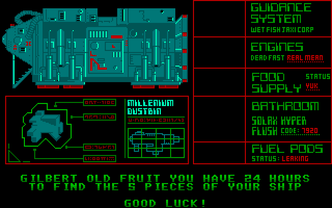 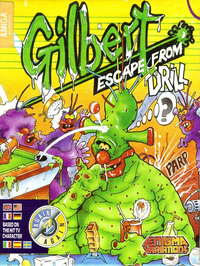 Gilbert: Escape from Drill is an action game based on the animation series Gilbert. Gilbert, a disgusting alien, has come home after finishing shooting his current TV series. He needs to leave the planet Drill soon because he needs to sign his next contract - but unfortunately the population of Drill are sick of Gilebrt's arrogance. So they stole important parts of his space ship and hid them in town.

The town is a maze-like structure where various enemies try to harm Gilbert, but by using his snot he can oppose them. Killing enough enemies on the same screen cause a power up to appear which can be saved for later (up to four) and has positive effects on Gilbert, e.g floating. The most important part of the town are arcade machines which lead to mini games. After beating a high score (failing to win causes a penalty to the time limit), a part of the space ship is placed in town and Gilbert gets a hint where it can be found.