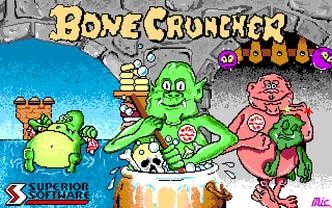 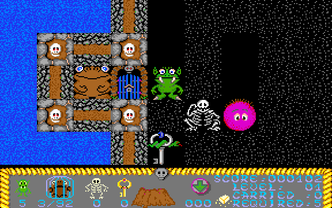 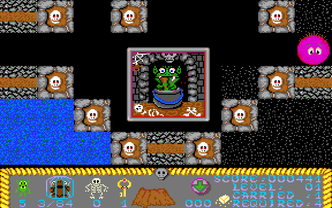 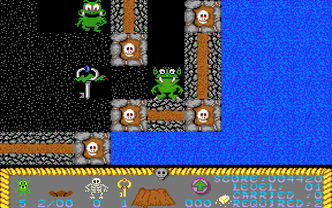 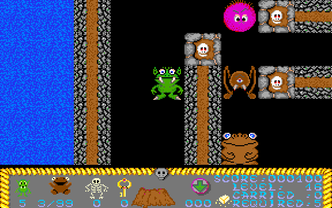 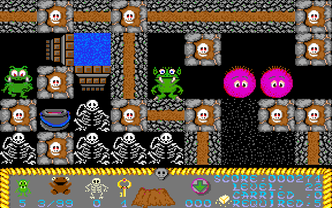 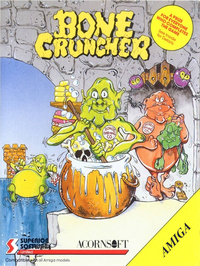 Bone Cruncher is an Action game, developed and published by Superior Software, which was released in Europe in 1987.

The player controls a dragon called Bono, who operates a soap business. He collects bones from around the chambers of his castle and uses them to make soap in a cauldron. He then delivers the soap to sea-monsters, situated at various exits from the castle. It takes five skeletons to make a bar of soap and five bars of soap must be created, and delivered to the sea-monsters, in each chamber. There are 22 chambers in the castle. There are two other deadly creatures in the castle: monsters and spiders.