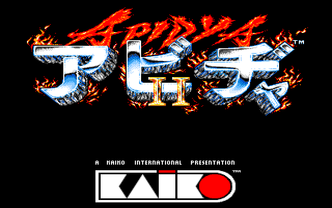 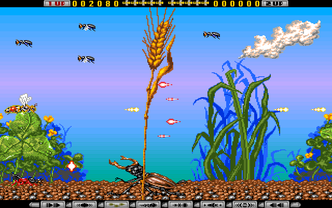 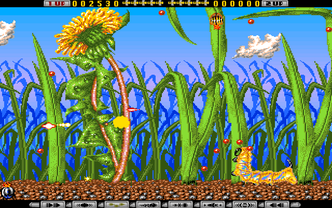 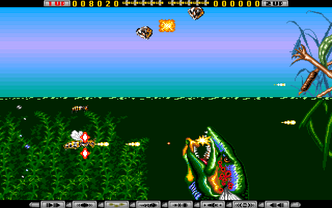 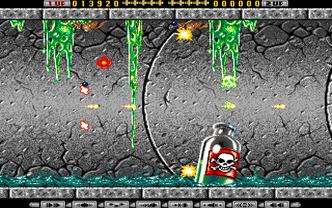 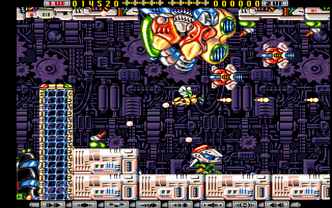 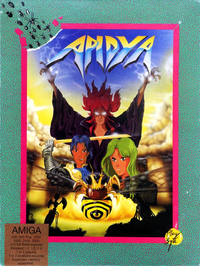 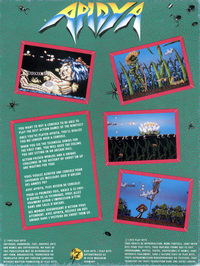 A side-on scrolling shoot-em-up with a twist: You play as a wasp (actually a man turned into a wasp) seeking revenge for the death of his girlfriend, Yuri, at the hands of the evil Hexaae! Levels include going through a garden (fighting other insects) and a sub-level in the intestines of a rotting rat(!). Designed to look Japanese, this game was actually developed in Germany.