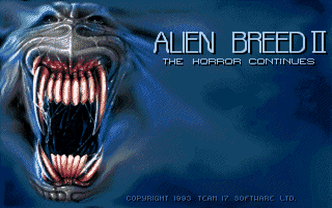 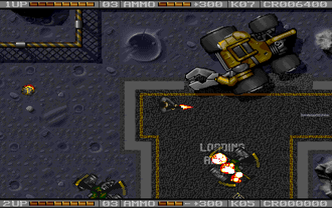 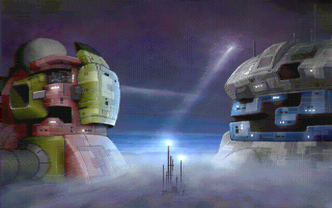 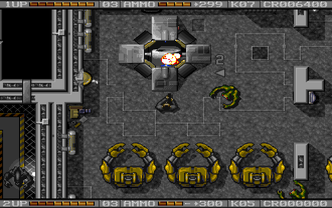 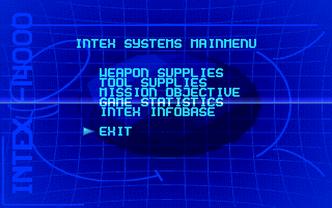 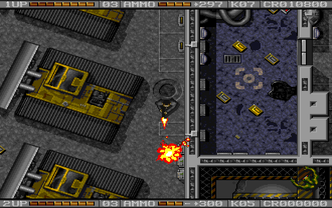 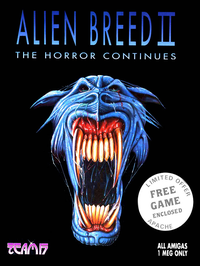 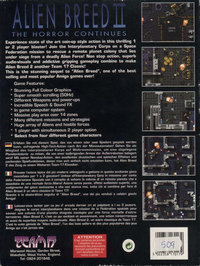 Alien Breed II: The Horror Continues has Gauntlet-influenced gameplay, similar to the original Alien Breed (and the Alien Breed Special Edition '92), but with many new features. As one of four Interplanetary Corps soldiers, you must visit a remote alien-infested colony and destroy the alien invaders. The game is split over 3 main towers: Civilian, Military and Science. There are also corridors linking them and outdoor levels. In total there are 17 zones, each featuring numerous different aliens and backgrounds. As you go through the game you collect credits, which can be traded for weapons, ammunition and other enhancements through the in-game computers. Keys are collected as you progress, which must be used wisely, as there are many rooms containing bonuses that don’t have to be entered. Just like before, the game can be played solo or with a friend.