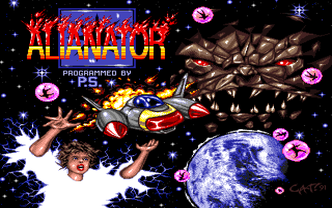 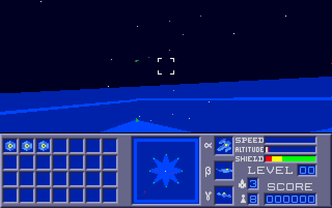 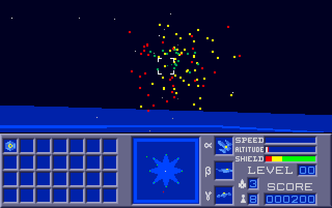 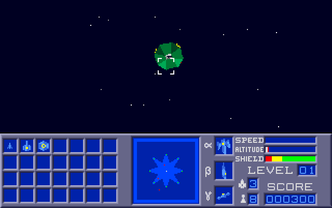 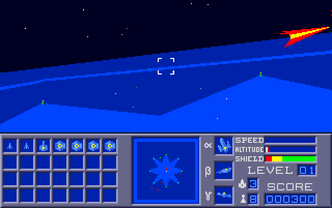 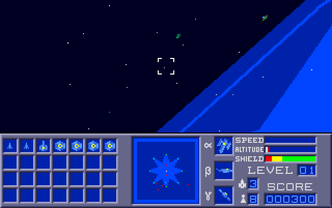 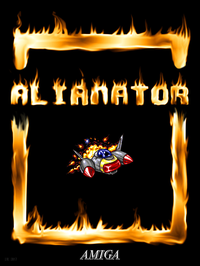 Aliantor is a Defender variant, but instead of side-scrolling in a 3D-environment. Besides the usual alien attack on a space station there is no background story. The player is cast as the only defender of the eight inhabitants and has to prevent them from being kidnapped by the aliens.

Each of the levels can be freely navigated (the ship's speed is automatically throttled when the invisible walls are reached) and the inhabitants stand around on pre-defined places. The aliens have various ship types with different behaviour patterns which either try to destroy the player's ship or collect the inhabitants and bring them into the aliens' invincible station. There they are transformed into especially powerful enemies (mutants). Besides the first-person view on environment, there are some instruments at the bottom of the screen, e.g. a list of present enemy types, a radar, speed, altitude or shield level. The latter represents the life energy and causes death when fully depleted. Additional lives are gained after earning enough points by shooting enemies. Besides dying, another way to lose the game is failing to keep at least one inhabitants alive.