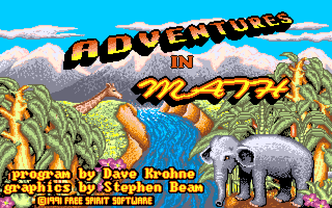 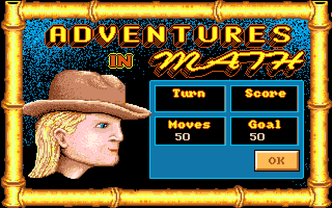 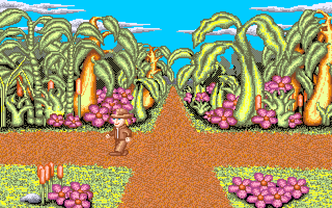 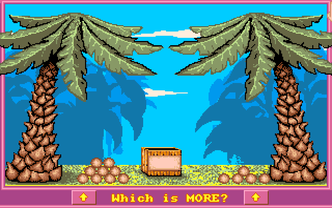 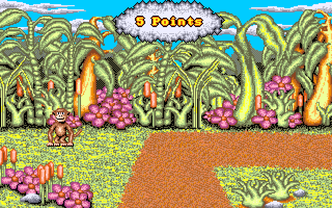 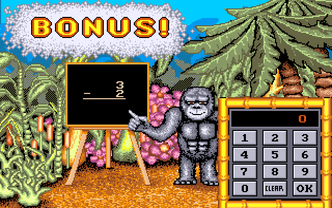 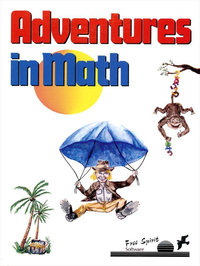 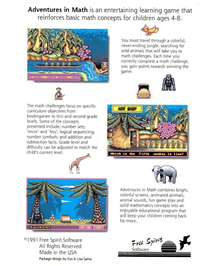 Adventures in Math is an educational game that teaches basic math concepts and covers kindergarten, first and second grade levels. Grade level can be chosen before starting a game and affects what activities the player will come across. The game takes place in a jungle that the player gets to explore by choosing different trails to follow. The aim is to earn points by finding animals and completing math challenges. When starting out the player gets a target score which has to be reached within a certain number of turns. Failing with math challenges leads to points being lost. Points can also be lost by being bitten by spiders which the player has to avoid by jumping over them.

The math challenges are as follows: