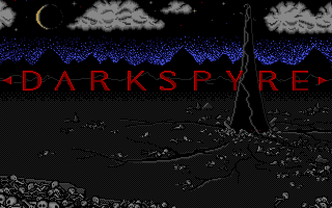 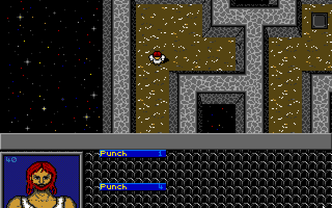 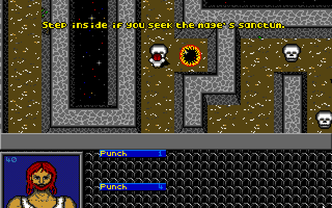 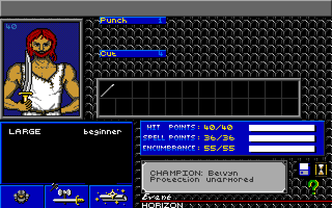 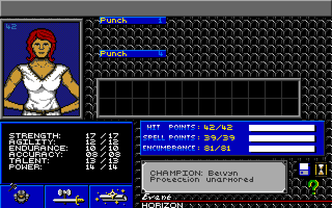 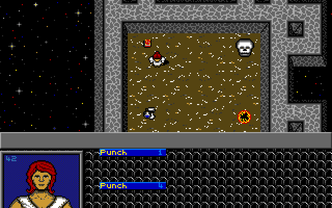 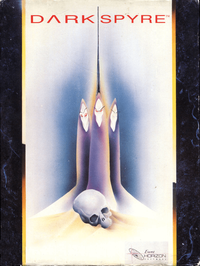 The Gods of War, Intelligence, and Magic have created DarkSpyre, and intimidating tower full of riddles and monsters. The player takes control of an aspiring champion, whose goal is to explore the maze-like levels of the tower, retrieve five powerful runes hidden there, and ultimately save the world from destruction.

DarkSpyre a top-down "dungeon-crawling" role-playing game. The player creates the protagonist, choosing gender and magic specialization (healing or offensive), as well as customizing his/her combat parameters. The game consists of navigating the tower's complex levels (39 of them must be traversed to complete the game, though there are 50 altogether), fighting monsters in action-based combat. The protagonist can equip a variety of weapons and armor; weapons can break after excessive usage, and armor will deteriorate in quality if worn for a long time. Spells are learned from scrolls found in the tower. The hero gains weapon and magic proficiency by repeatedly using the same weapon and/or spell.