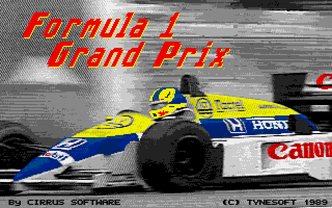 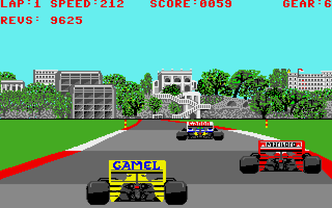 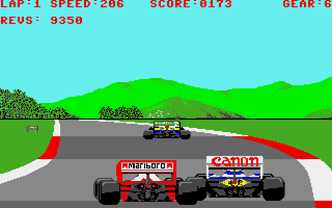 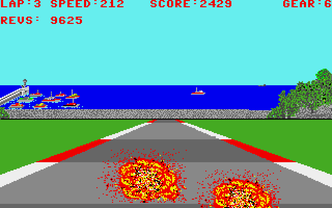 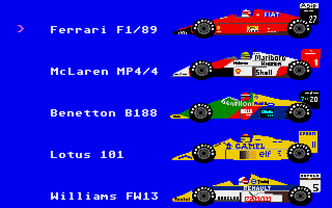 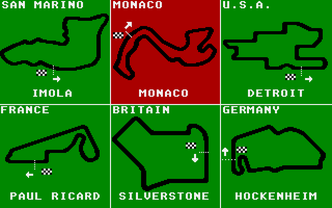 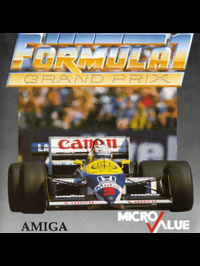 Formula 1 Grand Prix (known as World Circuit in the US) is the first installment of Geoff Crammond's Grand Prix series. The game includes all 16 international GP circuits of 1991. Players may drive them in quick race mode, single race or a full championship. The 18 teams and 35 drivers and their performance are based on the 1991 season, but the game doesn't include real names. It is possible to edit and save team and driver names by hand.

The game features 3D graphics and various details and effects such as working rear mirrors, collisions with flying debris, crude damage models (wings are visibly bent after crashes), and wet weather that influences traction, including a fog effect that obscures vision when driving in another car's splash water.