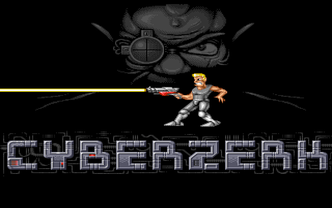 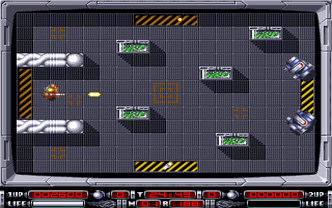 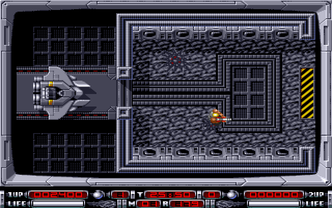 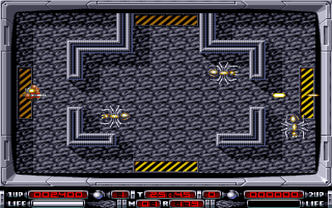 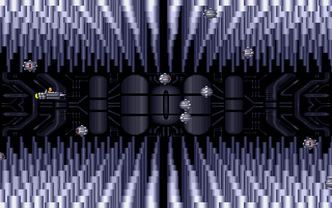 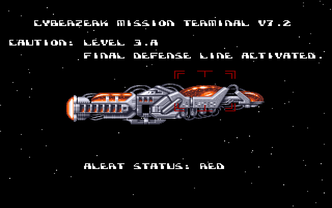 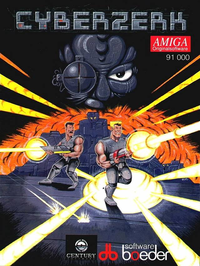 Cyberzerk is a top-down shooter in which the player has to cleanse a big space ship from all inhabitants. This is accomplished by using either the standard gun or a limited supply of grenades. The ship consists of various levels which in itself are divided into non-scrolling rooms which are navigated by using one of the exits of the current screen. The death of every enemy - which mostly move on a set path without actively hunting the player - within a time limit is the requirement for finishing a level.

Getting hit by an enemy causes the life energy to go down and running out results in an instant game over. To counter this, energy refreshments are sometimes left behind by killed enemies. Other extras are grenades and a map which shows the layout of the current level but can be used only once. The co-operative two-player mode features friendly fire.