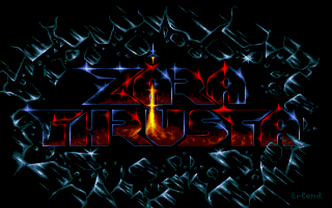 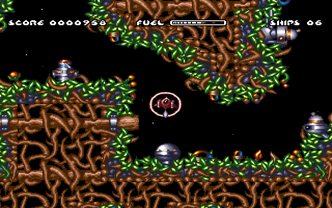 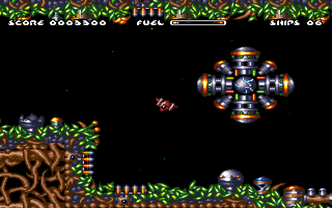 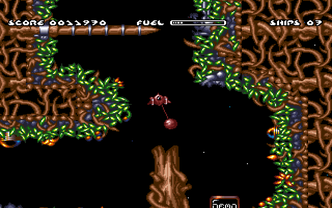 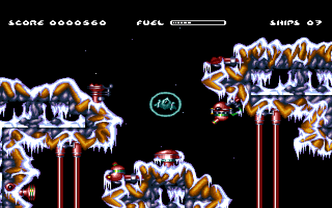 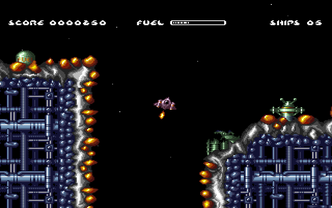 Zarathrusta is a cave-flying game influenced by Thrust. Apparently, the resistance forces have captured a number of space ships, which could aid in the struggle against the empire. However, these ships need fuel, and that fuel is find in the form of "klystron pods", which must be recovered from a range of hostile environments. Your task is to fly your small spaceship above and below ground, capturing the pods. Your spaceship can rotate in 360 degrees, allowing for easy movements through the cave systems, if it wasn't for gravity pulling you down, and inertia, which means you could crash into walls or other objects if you don't turn around and thrust in the other direction.