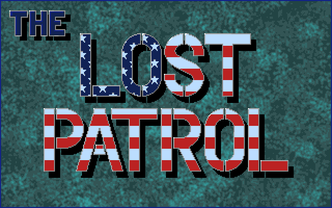 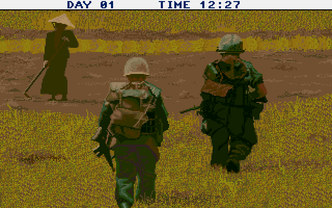 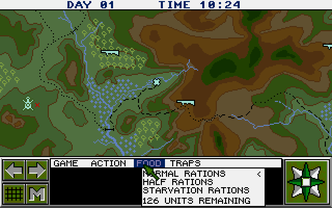 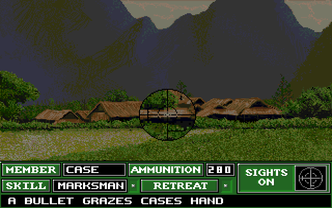 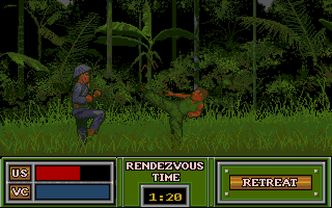 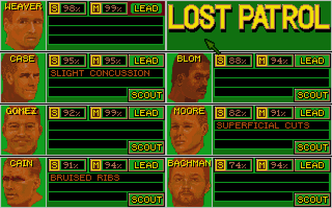 It's recommend to use the IPF or WHDLoad versions only. All cracks trigger the still intact Rob Northen copylock protection. Which means you could get killed very fast by your own team. 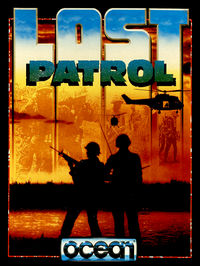 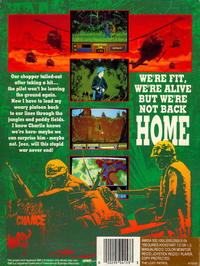 In Lost Patrol, you and your squad are on their way back from R&R in Saigon to your operations base when Viet Cong guerillas force your helicopter to crash land in the Central Highlands of Vietnam. It's now your responsibility to lead the remaining survivors to the nearest U.S. base, evading or facing an elusive and dangerous enemy on his own grounds.

Most of the time, you'll see a map of the country on the screen and navigate your men through the country. It's important to watch your men's health and morale by getting them food, water, ammo and letting them rest, etc. When reaching certain spots on the map, e.g. a native village, the game presents the current situation in a nice graphic scene. Sometimes you'll run into V.C. snipers, patrols, whole ambushes or encounter minefields. Then the game offers some small arcade sequences like firing your guns or fighting it out in desperate hand-to-hand combat. The progress of your party is accompanied by video sequences from the Vietnam War.