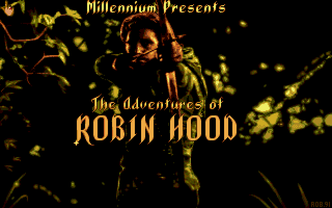 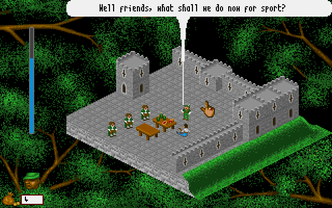 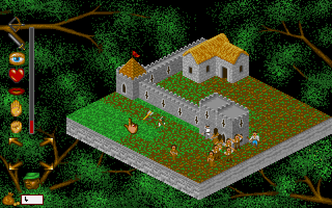 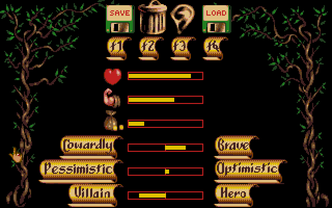 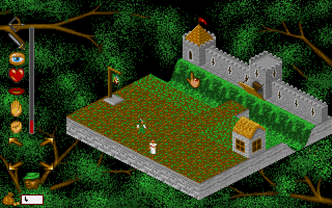 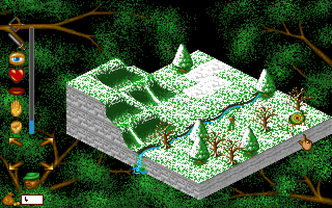 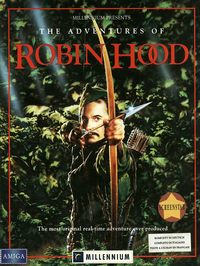 The ancient castle of Nottingham, once home to Robin, Earl of Loxley, has been taken over by a new Sheriff, and Robin Hood has been outlawed. Higher taxes, harsh punishments and gold-hungry merchants are making life a misery for the local peasants. In this fascination blend of history, legend and imagination you will take the part of Robin - avoiding capture by the Sheriff's guards, recruiting and direction your band of Merry Men to help the oppressed and regain your rightful inheritance. The whole of Sherwood Forest lies before you, as you discover and interact with the characters and places of legend, forming and changing events. Your mission is daunting - there are many wrongs to be righted. 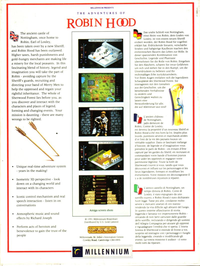 The Adventures of Robin Hood is a video game released in the autumn of 1991 by Millennium Interactive. The protagonist, Robin of Loxley, is robbed of his castle by the Sheriff of Nottingham and has to get it back with the help of Maid Marian, Little John, Will Scarlet and Friar Tuck. The gameplay can be described as an action RPG. The player controls Robin as he robs from the rich to give to the poor, adventures through Sherwood Forest, defeats the sheriff's henchmen, gathers special objects and saves peasants. Heroic acts increase Robin's popularity among NPCs. Archery plays an important role in gameplay. The isometric interface developed for The Adventures of Robin Hood by Millennium Interactive is similar to the interface used in Populous. Robin Hood's interface was later used for Rome: Pathway to Power.