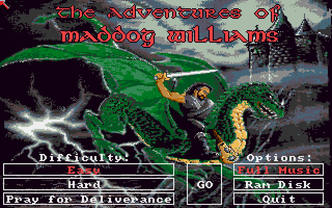 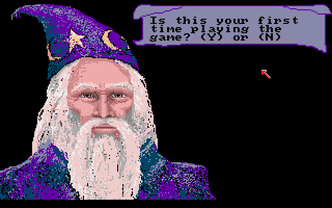 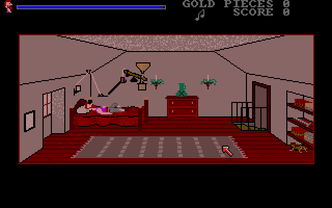 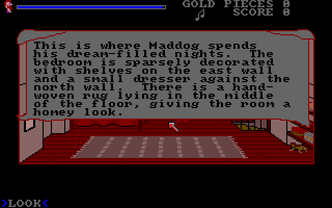 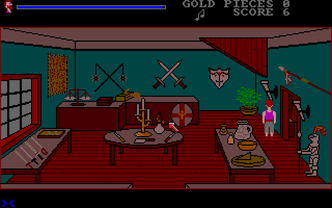 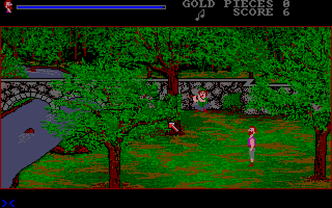 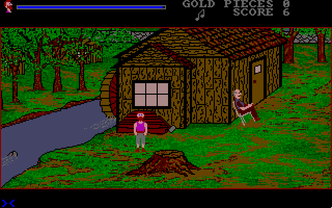 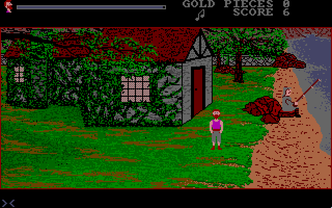 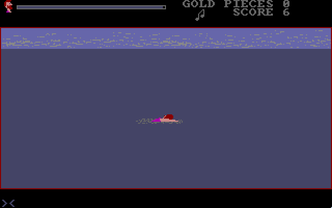 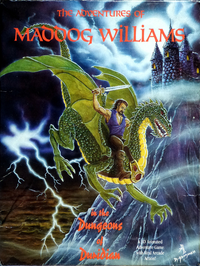 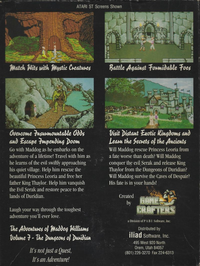 The player takes the role of Maddog Williams who wants to rescue the beautiful Princess Leoria and free her father King Thaylor. He also needs to vanquish the Evil Serak and restore peace to the lands of Duridian.

The Adventures of Maddog Williams in the Dungeons of Duridian is primarily an adventure game. Similarly to Sierra adventures, the player directly controls the movements of Maddog and types in text commands to perform an action. As usual he explores his surroundings, collects items and uses them to solve puzzles. There are also a few action-based sequences in the game. If the player meets an enemy the game switches to the fighting view. The combat is in real time and the player controls Maddog's basic movements: side steps, blocking and attacking in two different heights. There are three difficulty levels which mostly influence the combat but the lowest one also results in easier puzzles.