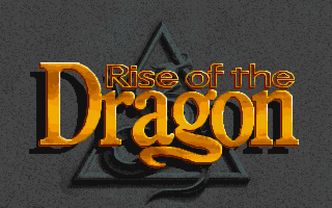 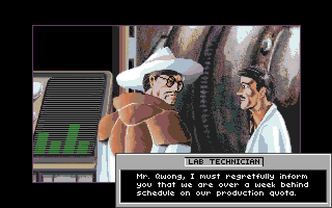 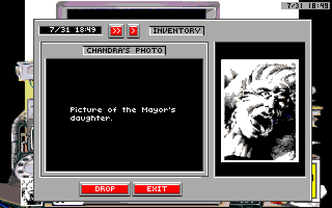 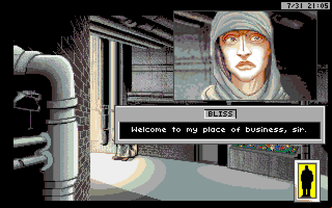 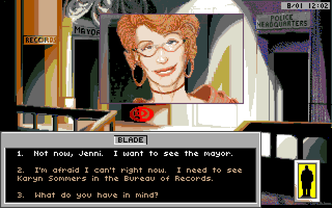 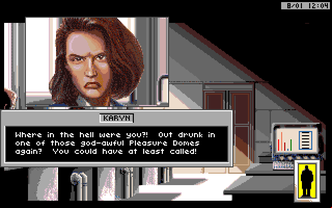 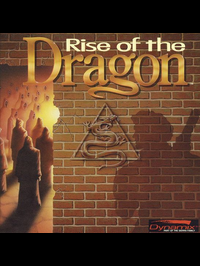 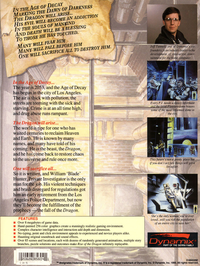 The year is 2053, and Los Angeles has turned into a grim place ruled by crime and corruption. William 'Blade' Hunter is a private detective who once was a police officer. He is asked to investigate a horrible murder of the mayor's daughter, whose body was mutilated. As Hunter begins to search for clues that would help him solve the crime, he uncovers a conspiracy involving a deadly drug and a powerful criminal syndicate behind it.

Rise of the Dragon is a futuristic first-person adventure game. The game's visuals are reminiscent of a comic book, with digitized photos of actors and hand-painted backgrounds. Unlike most other adventure games of the time, it relies less on inventory puzzles and more on specific choices made by the player. The game has an internal clock and requires the player to plan the protagonist's moves ahead in order to be in the right place at the right time. Dialogues with multiple choices are utilized as a gameplay tool; a wrong choice will often lead to a premature end of the adventure.

There are two side-scrolling action sequences in the game; both can be bypassed without penalty if the player character dies several times in a row. The Sega CD version does not allow the player to skip these sequences. In addition, it uses a different color palette with a greenish tint, and has voice-overs for the dialogues.