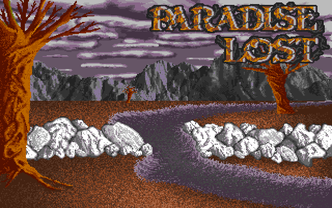 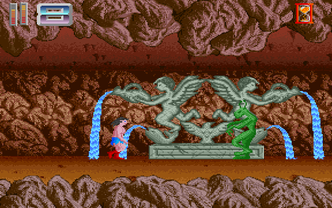 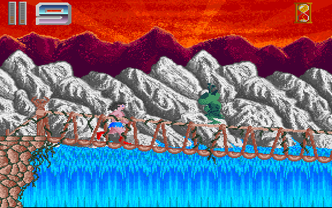 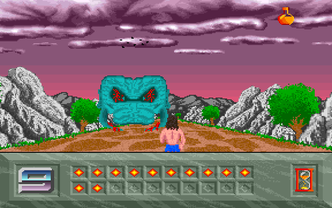 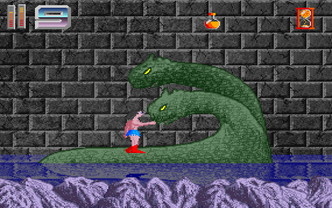 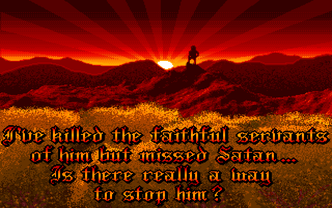 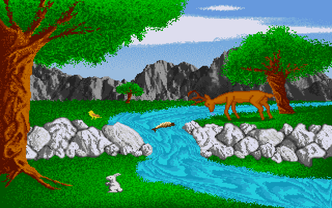 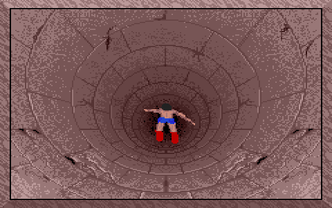 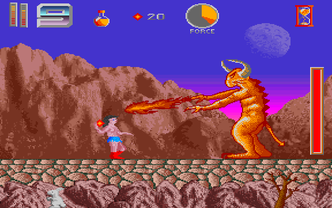 This game can be downloaded on demand by applications using the OAGD.net database. 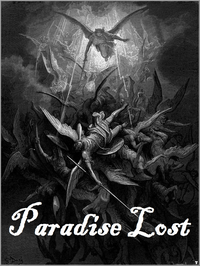 In this mostly horizontally scrolling game, based on the 1668 poem "Paradise Lost" by John Milton, you must battle your way through several levels and ultimately face Satan himself. The game can't deny its influence by Shadow of the Beast.

The plot follows John Milton's poem from 1667 loosely. You begin your quest to defeat Satan in a cave where you fight various normal and some mid and end level bosses. Afterwards you exit the cave to enter level 2 that leads you through an open area with bridges that is quickly passed. In the next level your goal is to defeat twenty evil creatures and obtain their souls as an ammunition that you'll use against Satan himself. This level is presented in a third person perspective in contrary to the other horizontally scrolling levels. After you've collected the twenty souls, you fall through a hole in the ground to face a hydra. Once you defeat the hydra you finally enter the last stage in which you face Satan himself after a short stage with a Greek ambiance.

The soundtrack matches the atmostphere of the game really well. The coding is well done and you don't see any slowdowns throughout the game. The graphics reach from simple to well drawn and overall fits into the style of the game. The gameplay is simple, but offers variation. Overall it's a short, but interesting visit to the depths of hell.

Paradise Lost was intially sent to HOL by the developer Mert Börü with the request to include the game in HOL in April 2013. Mert included two releases of the game in his upload that the HOL team used to take the screenshots. One version was the original 4 disk release of the game and another one was included with a built-in unlimted energy trainer. Mert Börü kindly gave permission to host both releases directly on OAGD.net, so everybody can experience this long lost Turkish game.