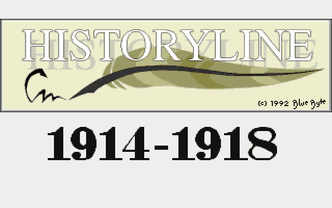 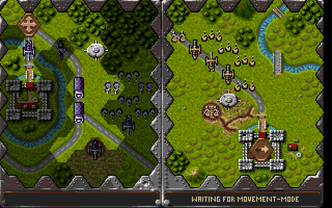 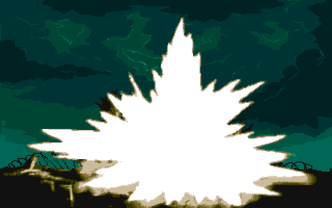 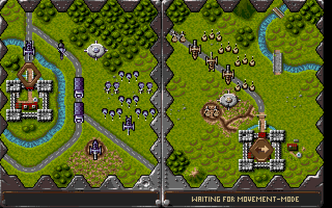 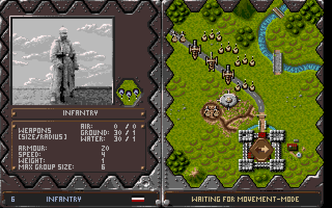 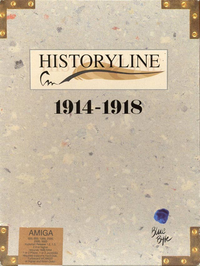 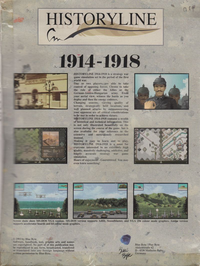 A turn-based strategy game set in World War I, using a similar engine and gameplay system as Battle Isle.

Both players act simultaneously on a split screen. While one player can move his units, the other can attack and vice versa. The results of battles are shown in animated sequences that can be turned off or on depending on a player's choice.

Terrain affects the performance of units during battles adding a little variety factor. The more damage a unit causes to opponents the more experienced it becomes. It has a huge influence on its accuracy and strength. Units have different weapon and movement range depending on the type and the purpose of the unit. Different units are introduced as the game and war progress with more air and sea battles later on. Maps are filled with depots where a player can repair damaged units and factories where units can also be produced. During the game, seasons change with an impact on the terrain and the battles.

There are 48 single-player maps in the game - 24 maps for each of the battling parties: Germans and French. In addition, there are 24 two-player maps. Each of them is accessible through an access code received after successful completion of the previous map. While playing, it is also possible to make a save game of the current progress on the map.

The game includes a lot of information about the period: after each mission, historical facts with black and white pictures about two months of wartime are displayed, as well as some technical specifications and pictures of units are presented during the game. This also adds an educational factor concerning the World War I time period.