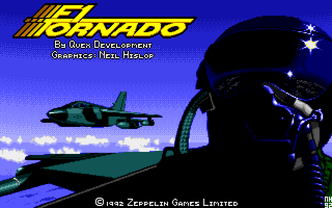 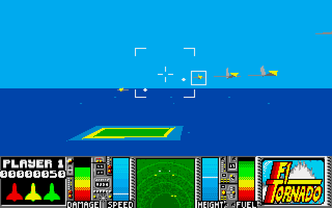 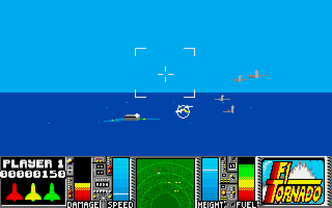 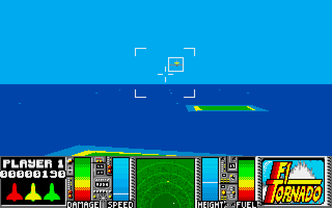 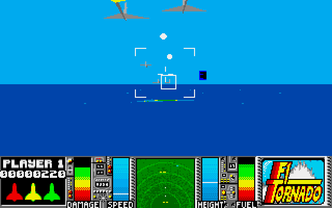 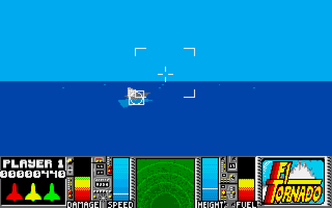 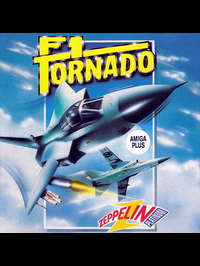 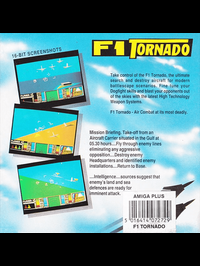 F1 Tornado is a flight combat game played from a first person perspective unlike the 8-bit game with the same name which is a side scrolling game. The game contains three dimensional vector graphics and the player takes control of the titular fighter plane in missions over the Persian Gulf and other locations.

The aircraft moves forward by itself and the player's control is limited to steering, climbing, diving and shooting. When an enemy appears within the player's view the head on computer automatically locates it and locks on target and the player simply has to press the fire button to shoot it down. In additional to the primary machine gun attack there is also a missile attack that is initiated by holding down the fire button. Enemies includes most commonly aircrafts but also ground targets such as installations, tanks and gun emplacements. While playing it's necessary to keep track of the plane's damage and fuel levels. At times collectibles will appear and picking these up will recharge some of the fuel or repair some of the damage.