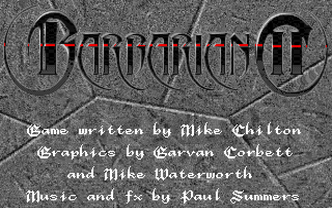 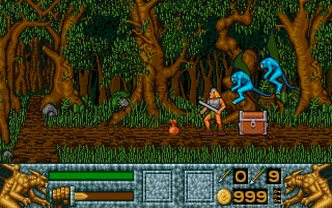 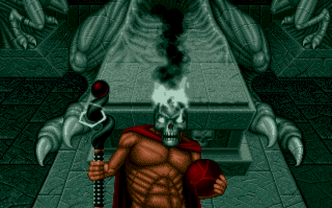 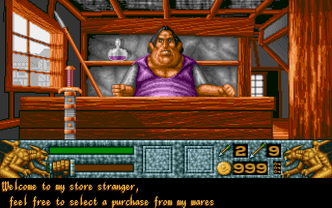 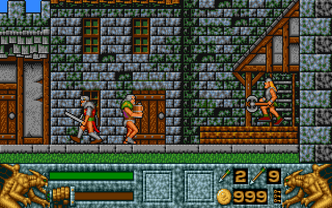 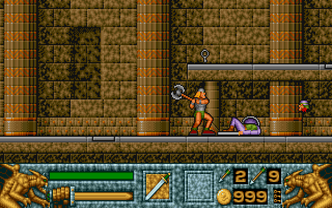 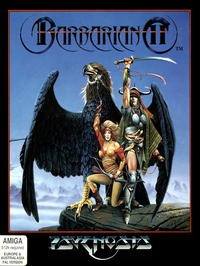 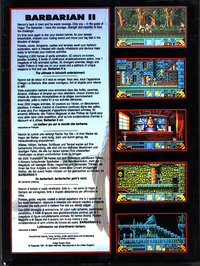 Not to be confused with Barbarian II: The Dungeon of Drax by Palace Software, Barbarian II is a direct sequel to the Psygnosis game Barbarian, an action, point and click hybrid released four years earlier. The game continues the tale of Hegor the Barbarian. After being improperly defeated some years ago, evil lord Necron has been reincarnated by one of his cult followers. Now only Hegor is strong, courageous, and stupid enough to face Necron and his minions.

Unlike the original Barbarian, which was an action game with a point-and-click control interface, Barbarian II plays just like a typical action title with a maze-like layout. During his adventures, Hegor will visit many locales like a forest full of thugs, werewolves and spiky pits, a long, long cave, a semi-friendly human city, a dungeon, and finally Necron’s temple. All areas are rather large and are full of enemies and traps.