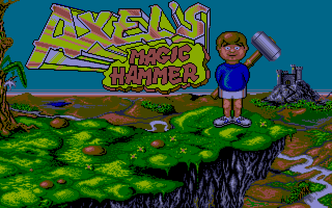 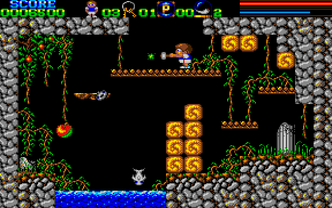 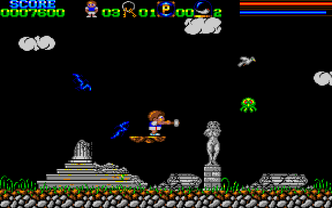 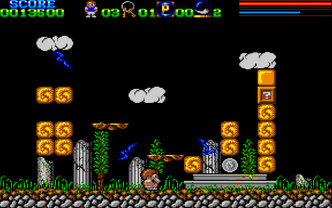 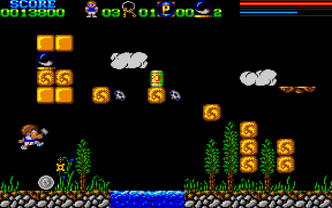 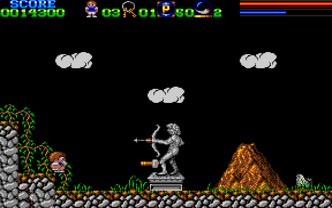 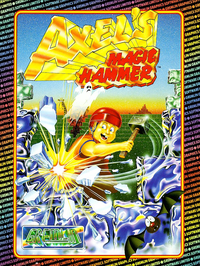 Standard platform game where you control a boy with a magic hammer which he uses to batter the various nasties which stand in his way. The hammer can also be used to smash blocks which hide power ups. Power ups give you powers such as the bicycle helmet which allows you to smash the blocks by jumping into them with your head from below. 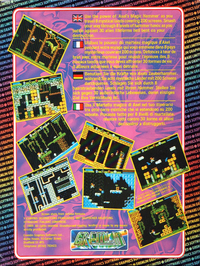