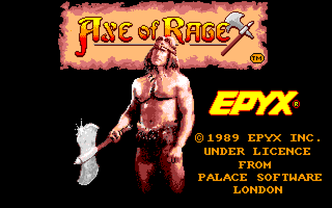 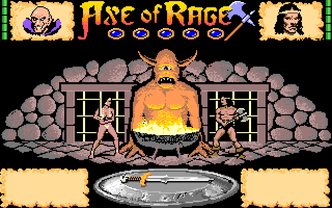 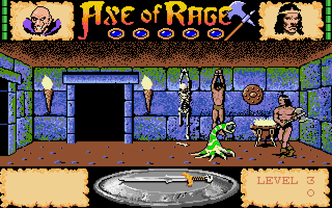 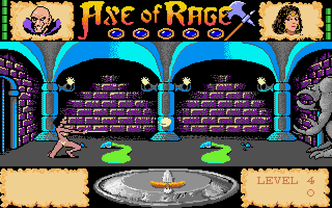 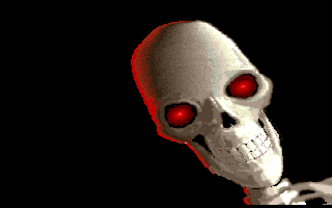 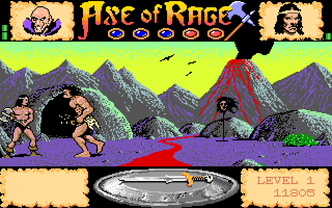 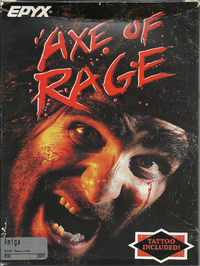 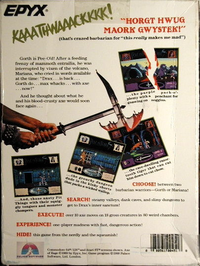 In the sequel to Barbarian / Death Sword, the Wizard Drax is back after your previous defeat of him. But this time, you're not alone. The princess you saved back then has taken up a sword and joined your cause! Now, it's more than a death match. You have to explore the many tunnels in his dungeon, defeat the dangerous monsters that come between you and put cold steel to Drax's throat.

The game has similar game play to the original, but with a different challenge. Various monsters will come and attack you, but you'll need to use different approaches in order to defeat each of them. For example, you can't overhead chop a monster that's shorter than your axe. There are 4 dungeon levels to explore before you reach Drax at the final stage.