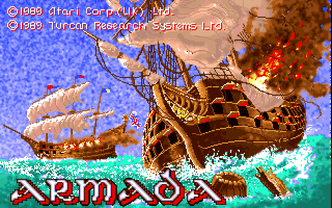 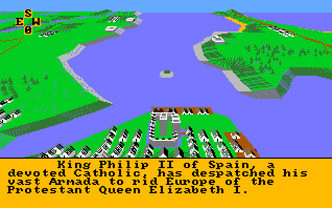 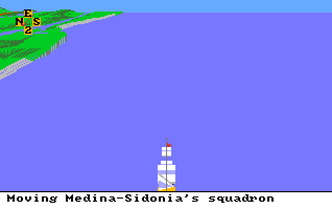 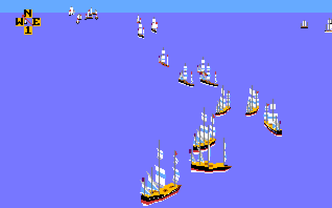 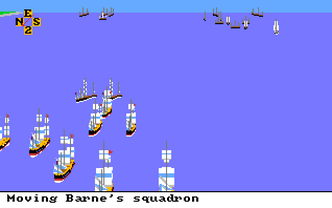 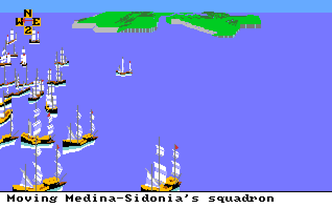 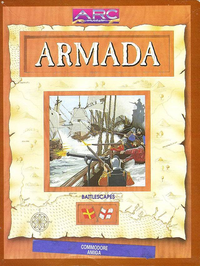 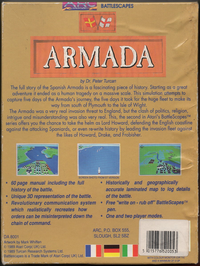 In 1588 Spain was the World's superpower. With massive wealth brought across the Atlantic from the Caribbean, and an army that was widely regarded as the toughest and most efficient in Europe, few could stand in its way. It was certainly the only power that would consider an amphibious attack on a well populated and modern country, England, over 1,000 miles from a home port.

As in Waterloo, also programmed by this team, you can play the war from both points of view. If you choose to play the English you take the role of Lord Howard, the Spanish commander is Medina Sidonia. You have control over the whole fleet and it is up to you to secure victory for your country; the English also have control over the coastal stations. There is no sound whatsoever in the game - a nice nautical tune would have enhanced the often lengthy wait between goes.

Compared to the previous Arc wargames, Armada is more a new scenario than a new game. Then again, it is a hard task modifying an already successful game system. Definitely release of the month for people who have experienced and enjoyed its predecessor.