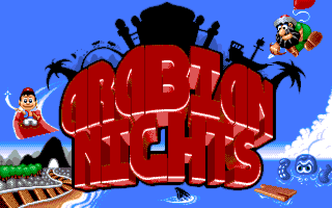 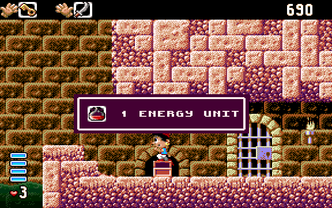 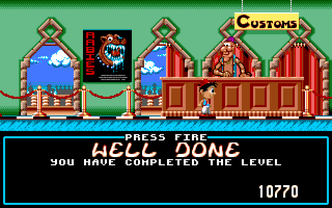 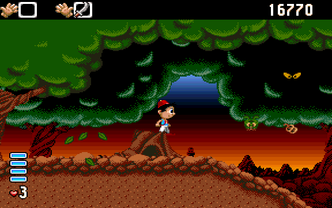 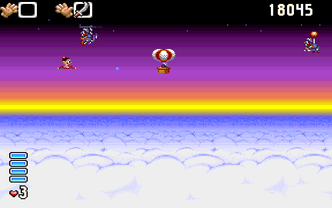 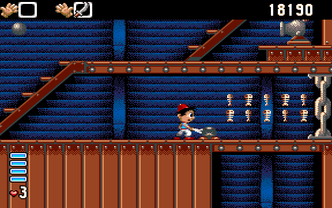 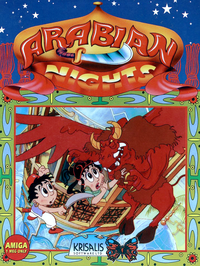 Falsely accused of Sorcery, Sinbad Junior has to escape prison and travel through various worlds to rescue the princess and defeat the evil Vizier 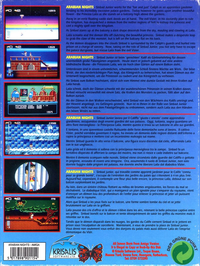 Arabian Nights is a 1994 platform game first released on the Commodore Amiga which was highly rated from reviewers receiving 90% from CU Amiga and 83% from Amiga Joker. The game was originally released on two floppy disks but later became available on CD for the Amiga CD32 release.

The player controls the hero of the game, Sinbad Jnr, a lowly gardener who witnesses the kidnap of the princess by a dragon. After Sinbad Jnr tries to save her from the flying dragon, he ends up falling back to Earth and becoming unconscious before awakening in a prison accused of sorcery and capturing the woman he tried to save.