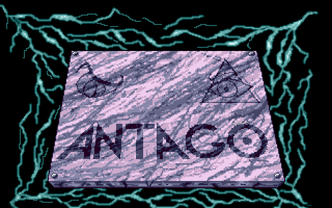 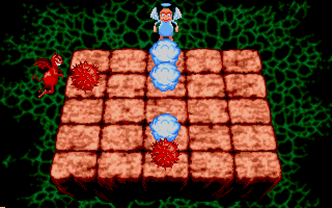 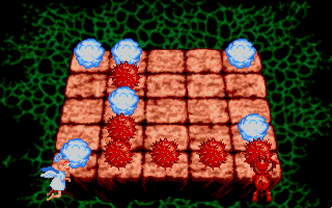 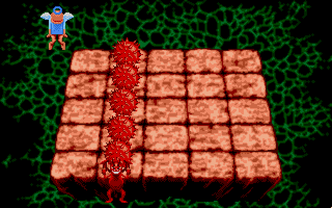 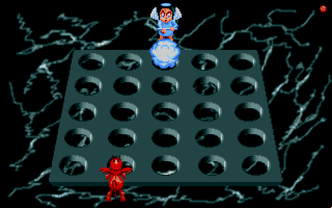 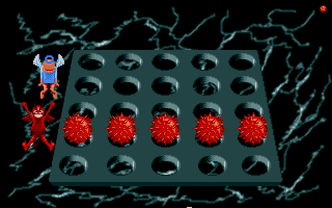 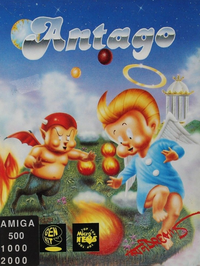 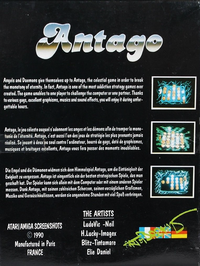 Antago is a puzzle game played on a 5x5 square board. It can be played either against the computer, with a choice of up to 10 levels of difficulty, or against another human player. Other options allow you to play a match or start a training session, as well as select between "plain" (empty board) and "prepared" (pre-arranged balls on the board) game modes. A demo mode is also available, where the computer plays against itself.

An angel and a devil compete against each other, with the goal of aligning five "balls" in a row on the board, either horizontally, vertically or diagonally. They are moved around the board with the joystick, pushing each other as their paths cross, and strategically placing balls on the edge of the board to both disrupt their opponent's lines and try to create a line of 5 of their own balls.

Each level features different background and board graphics. There is no background music playing during the game, and only basic sound effects when the two characters push each other, place a ball on the board and win.