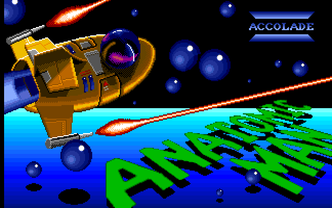 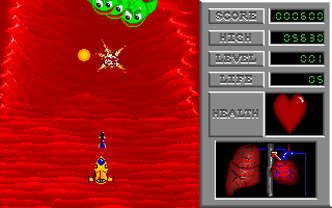 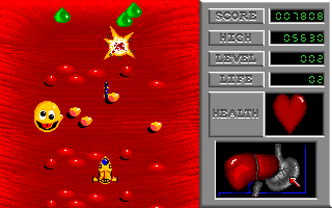 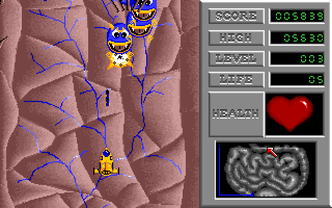 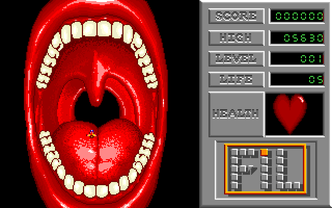 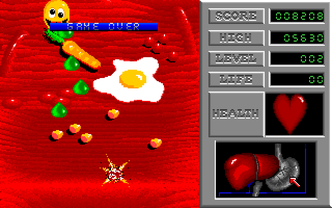 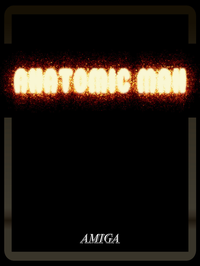 Anatomic Man is a vertically-scrolling shoot-'em-up where you control a shrunken-down spaceship flying around inside the human body, in a similar setup to the classic 1966 sci-fi film, Fantastic Voyage. As the game opens you see the tiny yellow ship fly into a wide-open human mouth, and the first level is down the gullet, where your enemies are food fragments that can damage the ship. Joystick controls are used to pilot the ship.