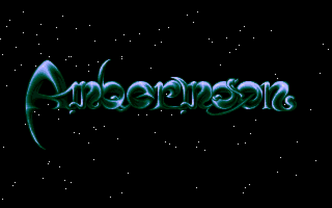 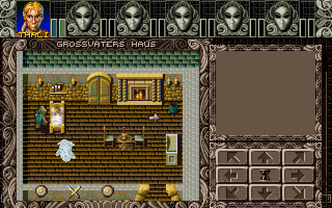 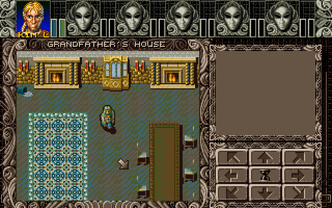 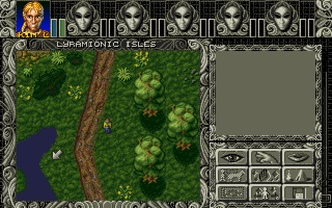 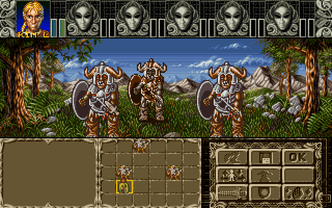 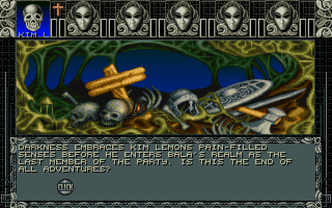 The English version of this game was never officially released, and there are quite a few bugs. Most of them are translation issues that don't affect the gameplay, but some bugs need workarounds for the game to be completable. 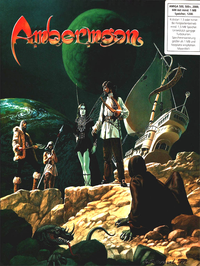 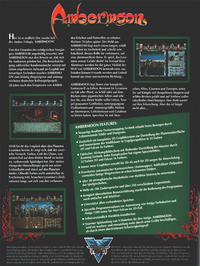 Ambermoon is a 1993 video game by Thalion Software which was released in 1993 for the Amiga. It was the second part of the unfinished Amber Trilogy (Amberstar, released in 1992, being the first). At the time of the game's release, the scrolling 3D graphics were considered revolutionary for the Amiga.

In Ambermoon, the player plays as the grandson of the hero of Amberstar. The grandfather of the player explains at the beginning of the game that his presumed-dead companion spoke to him in a dream of a new threat to the land of Lyramion. He consequently sends the player on a journey to Newlake, where he can speak with his old companion.

Those familiar with Thalion's games could find many connections to other games. The main character from Lionheart makes an appearance, as does the main enemy from Amberstar. By way of a dimensional gate, the player briefly enters the world from the game Dragonflight.