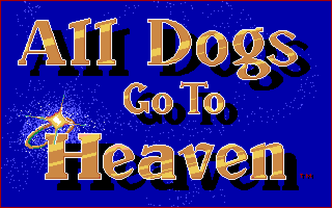 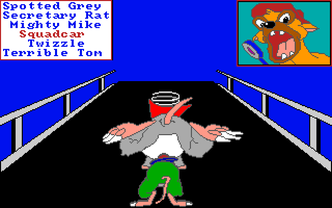 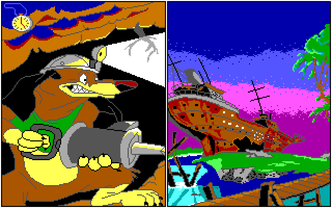 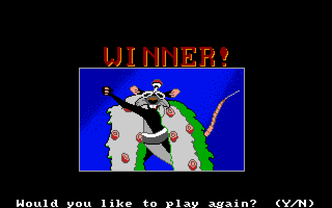 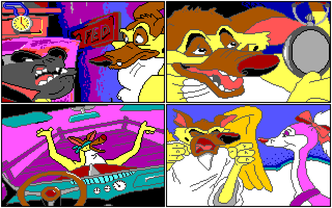 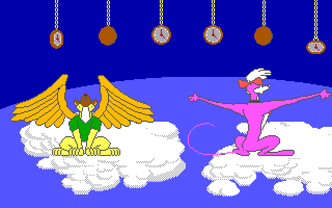 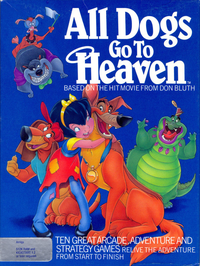 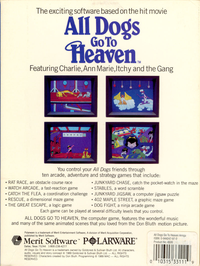 This game consists of ten arcade mini-games based on the Don Bluth animated movie with the main characters voiced by Burt Reynolds and Dom DeLouise. Charlie the dog, a good guy but a bit of a scoundrel, is bumped off by an evil 'crime lord' of a dog and ends up in heaven but yearns to go back to earth to set things right. The game starts there, if you play the story mode. Plot points from the movie are used to loosely tie the mini-games together, but you can also pick your own game.

Among the different mini-games, there's a Hangman clone, a session of The Towers of Hanoi, a run around the city to try to find the girl's house, a maze-crawl through a ventilation system, and a Rat Race that pits you as a rat called Squad Car trying to win a race against three to five other rats. There are three difficulty levels to choose from.