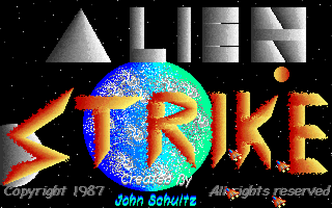 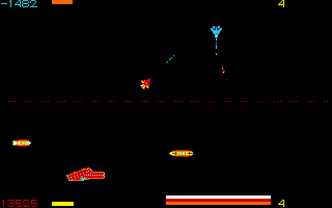 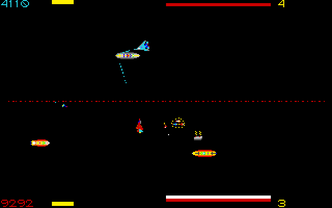 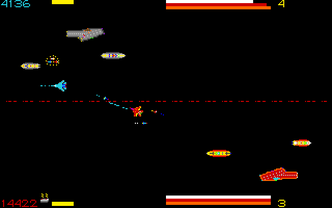 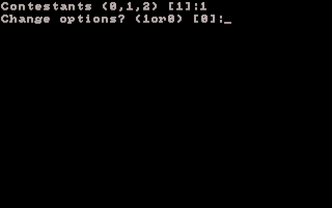 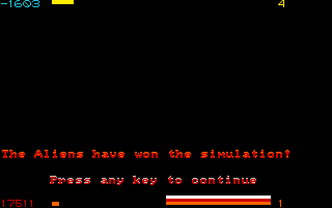 Problem with screens: Screen1 should be a representative gameplay screenshot (screens to not have to be in chronological order) 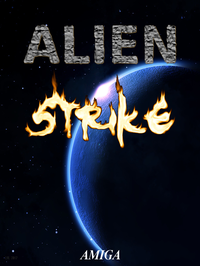 Alien Strike makes use of digitized images, music, and speech, which is noteworthy for a 1987 release. The in-game screen is separated by a line into two sides. Each player controls a jet. You have to shoot the carriers and ships on your enemy's side of the screen while preventing the other player from destroying yours. The game speed is insanely high. You probably won't stand any chance against the computer, but with two players, this could be fun for a short while.