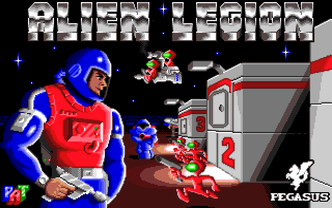 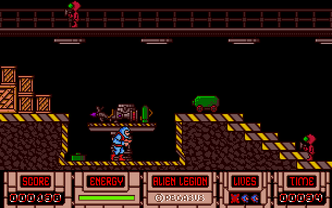 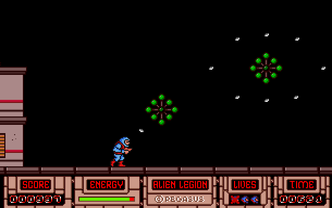 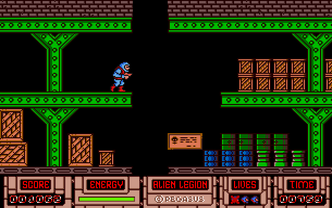 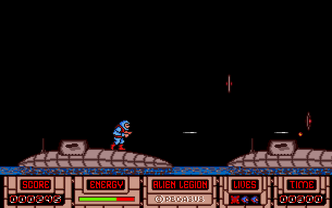 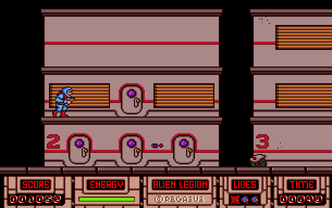 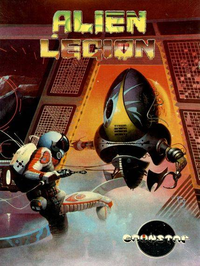 Alien Legion is a side scrolling platform shooter similar to Hewson's Exolon which was released a few years earlier. Earth has been attacked and overrun by the evil forces of Marania. All the planet's soldiers were taken as prisoners, all except one, Captain Cosmose who happens to be the player. Now it's up to him and his laser gun Sycho to save the world. Gameplay involves walking from left to right, shooting at the various enemies that appear in the player's path and jumping between platforms to find the right route and avoid falling into a pit. Enemies range from regular aliens, armoured ones, aliens riding strange vehicles to more abstract flying things. Sometimes potions appear from killed aliens, which can be either green or red. If the player touches a green potion he regains some health but if he touches a red one he loses some. When all out of health, one of three lives is lost.