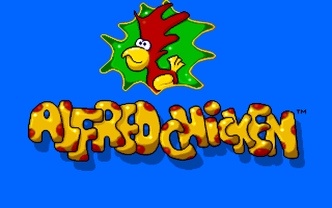 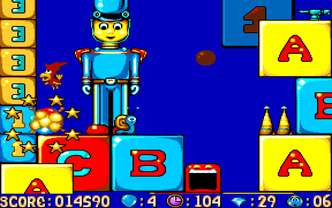 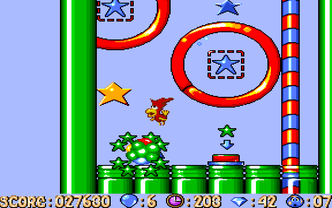 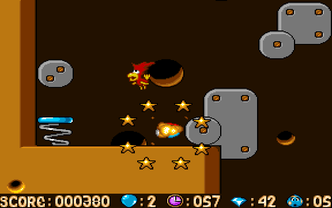 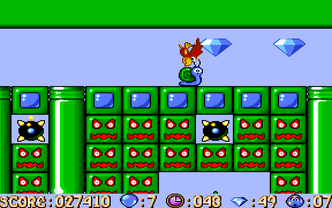 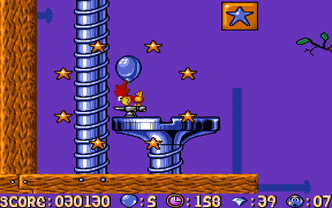 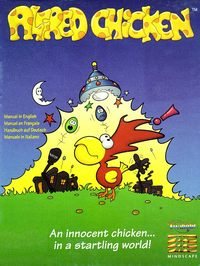 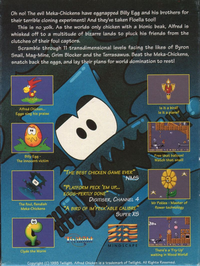 The player takes the role of a chicken named Alfred who must find his way through bizarre levels full of balloons, telephones, cheese and other strange elements. While he is on the ground, Alfred can walk, jump, and peck balloons and ground switches. While he is in the air he can dive bomb enemies or springs. Dive bombing enemies will destroy them. Dive bombing springs will bounce Alfred much higher so he can reach platforms well above his normal jumping ability. If he does not hit an enemy or a spring, Alfred will get stuck in the ground for a short time.

To complete a level, Alfred must find and peck all the balloons. The last balloon will take him to a boss fight. If Alfred dies, he starts as an egg located at the last balloon pecked.

Alfred can receive a few powerups during the game. For one power up, he must answer a telephone in secret areas to make Mr Pekles (a giant flower) give him a pot of jam. The jam gives Alfred the ability to shoot a bomb (about the size of Alfred himself) which bounces around the screen collecting things and hurting enemies. Another power up is a worm that spins around Alfred destroying enemies that it touches. You must find a can of worms to get this power up.