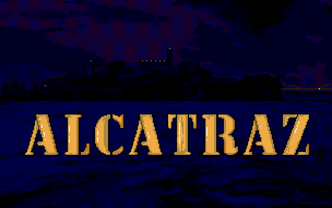 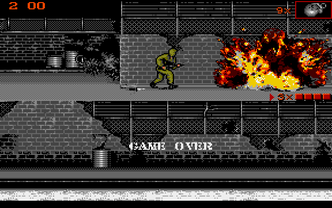 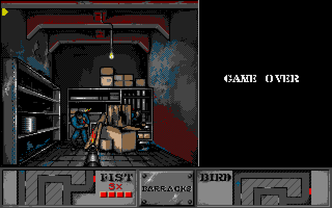 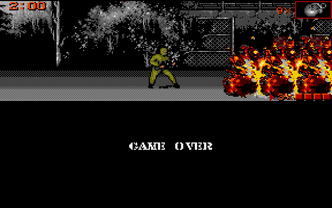 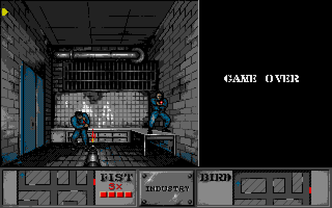 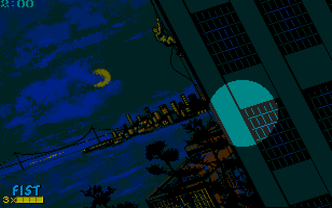 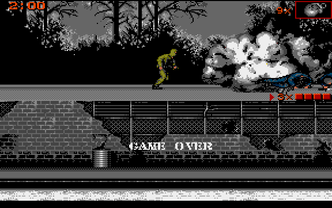 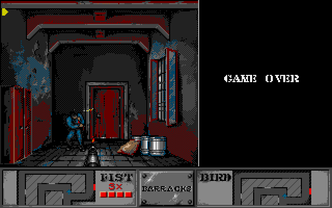 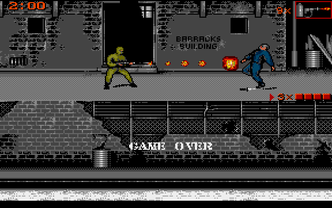 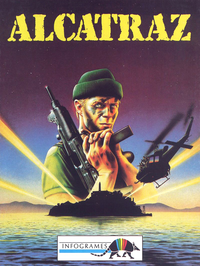 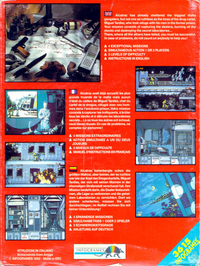 A drug baron took over Alcatraz prison and now the player takes the role of an U.S. Navy Seal to break in and neutralize him. He has two hours to complete his objectives in three buildings and needs to survive two different playing styles: side-scrolling fighting on the streets and first-person shooting inside.

Outside, the goal is to reach the building in which the objectives have to be completed. Of course the baron's thugs are not too pleased and try to kill the hero - so he has to shoot back with a many different weapons, e.g. flamethrowers, machine guns, bombs, and other destructive or close combat weapons, which can be collected from dead enemies. Similarly to Hostage: Rescue Mission, he can also hide in the background in certain spots.

Once inside a building, the game switches to a first-person view, in which the player has to navigate a maze to reach his goal, e.g. recovering evidence. To his disposal are a radar and a rifle.