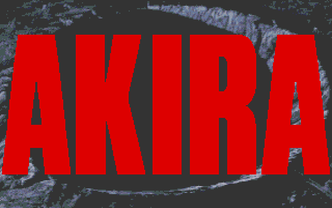 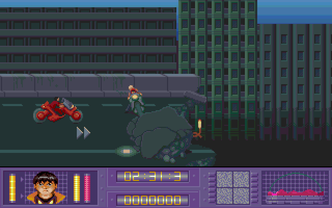 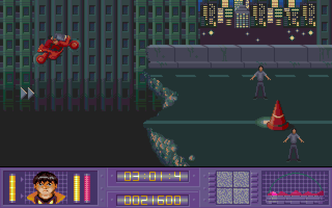 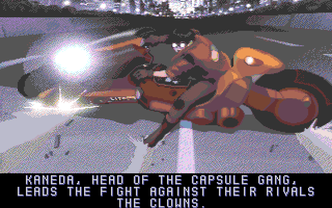 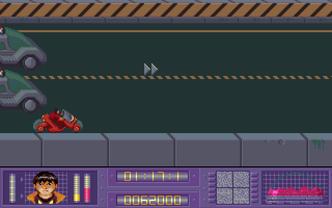 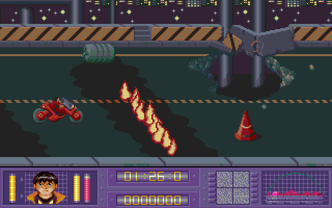 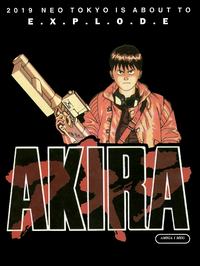 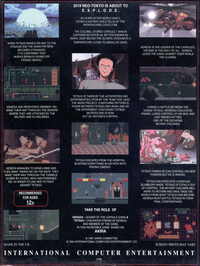 Akira is a side-scrolling action game based on the anime film of the same title.

In the first few levels you have to guide the main character Kaneda through an obstruction filled road on his motorcycle. Obstacles come in the form of roadblocks, holes in the road, which must be jumped with the use of a ramp, and a variety of characters on the road who throw bombs at you. The roadblocks can only be cleared by grenades which you pick up by knocking over traffic cones. You must also make it to the end of the level without running out of fuel.

After the motorcycle levels there are five platform levels. The object of these levels is basically to kill everyone you come in contact with, each kill adding to a meter which you have to fill to complete the level.