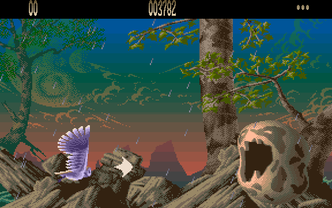 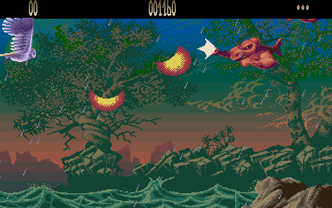 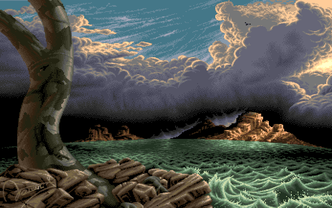 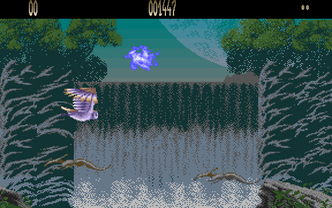 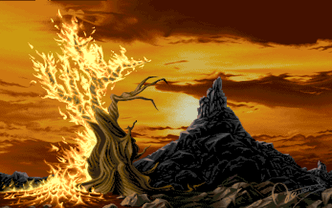 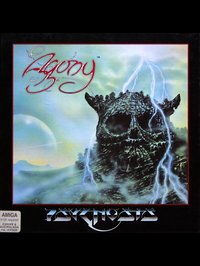 Agony is a side-scrolling shoot 'em up game, released by Psygnosis in 1992 for the Amiga platform. 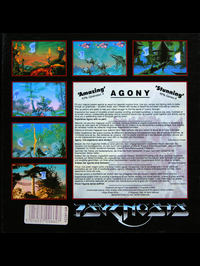 Agony is a shoot 'em up but with a surreal-fantasy background. It features an owl (the company logo) flying its way through six worlds filled with monsters. The owl uses various waves of echo-location which the player fires at the enemies.

According to the manual backstory, the sun-wizard master Acanthropsis discovers the "Cosmic Power" with a toll on his life. Before dying he teaches it to his disciples, Alestes and Mentor.

Because of memory constraints, the game features no introduction, however the game and manual mention that Alestes has been transformed into an owl, and has to pass through Mentor's traps and monsters in order to reach the Cosmic Power.