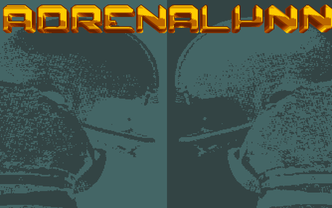 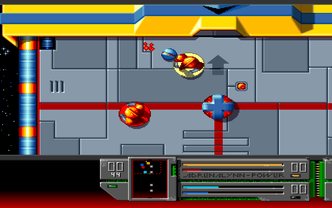 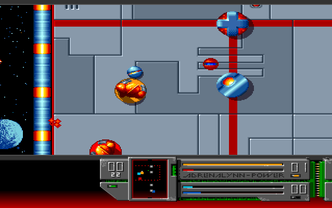 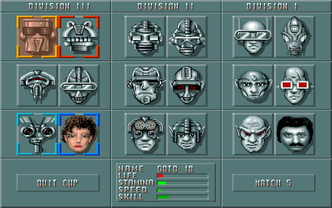 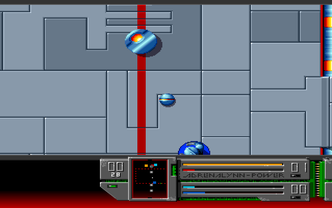 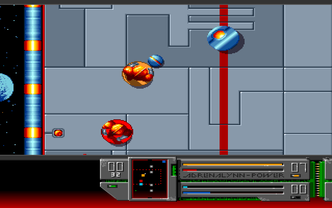 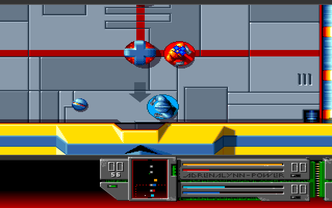 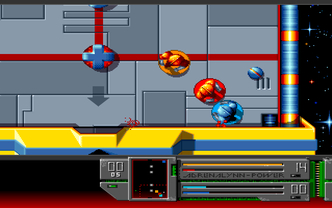 Adrenalynn is a futuristic, action-oriented sports game. Artificial Intelligence took over Earth and the winner of the "Adrenalynn" championship may decide humanity's future. So naturally the player participates with the goal to win the major league (there are overall three with increasing difficulties). The game itself is a bit like indoor soccer with four athletes (armed with guns) and on a smaller playing field with bumpers. A match lasts 120 seconds and there are various power-ups to collect. Each player only takes control over a single athlete. The sportsmen show up on the screen as balls.