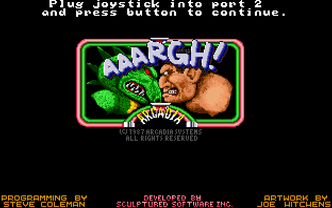 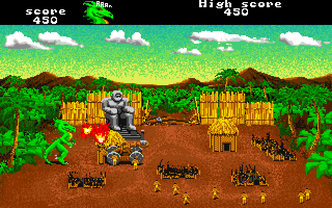 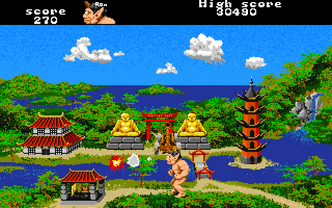 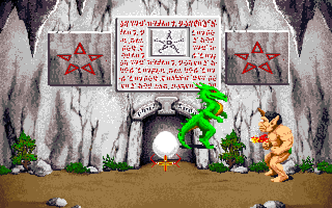 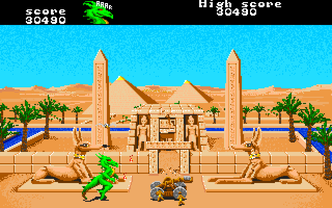 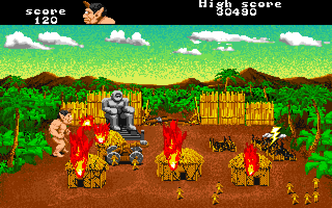 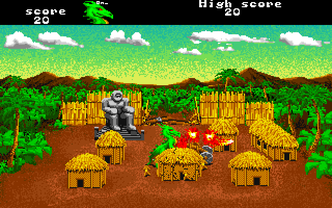 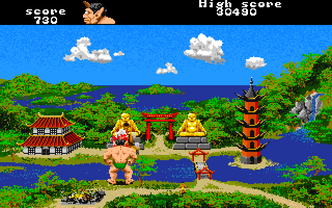 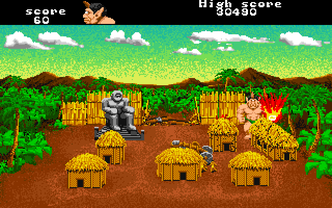 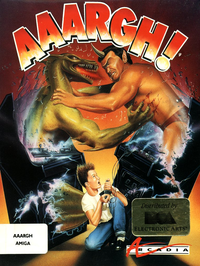 What's that coming over the hill, is it a monster? Yes, as this Rampage-influenced arcade game sees you play either an ogre or a dragon. Both are searching an island for an egg which will give them super powers. 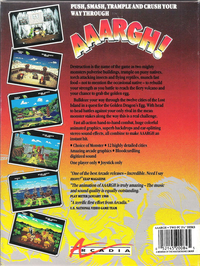 Aaargh! is a fighting video game released in 1987 in which the player controls a giant monster, either an ogre or a lizard, with the goal of crushing and destroying everything in its path across different lands and periods of history.

The goal is to find five Roc's eggs hidden among the destroyed scenery. Once an egg is discovered, the two monsters fight for possession of the egg in a one-on-one battle. When five eggs are found, the monsters make their way to the volcano, working their way around the lava flows to reach the top and claim the Golden Egg for the ultimate victory.